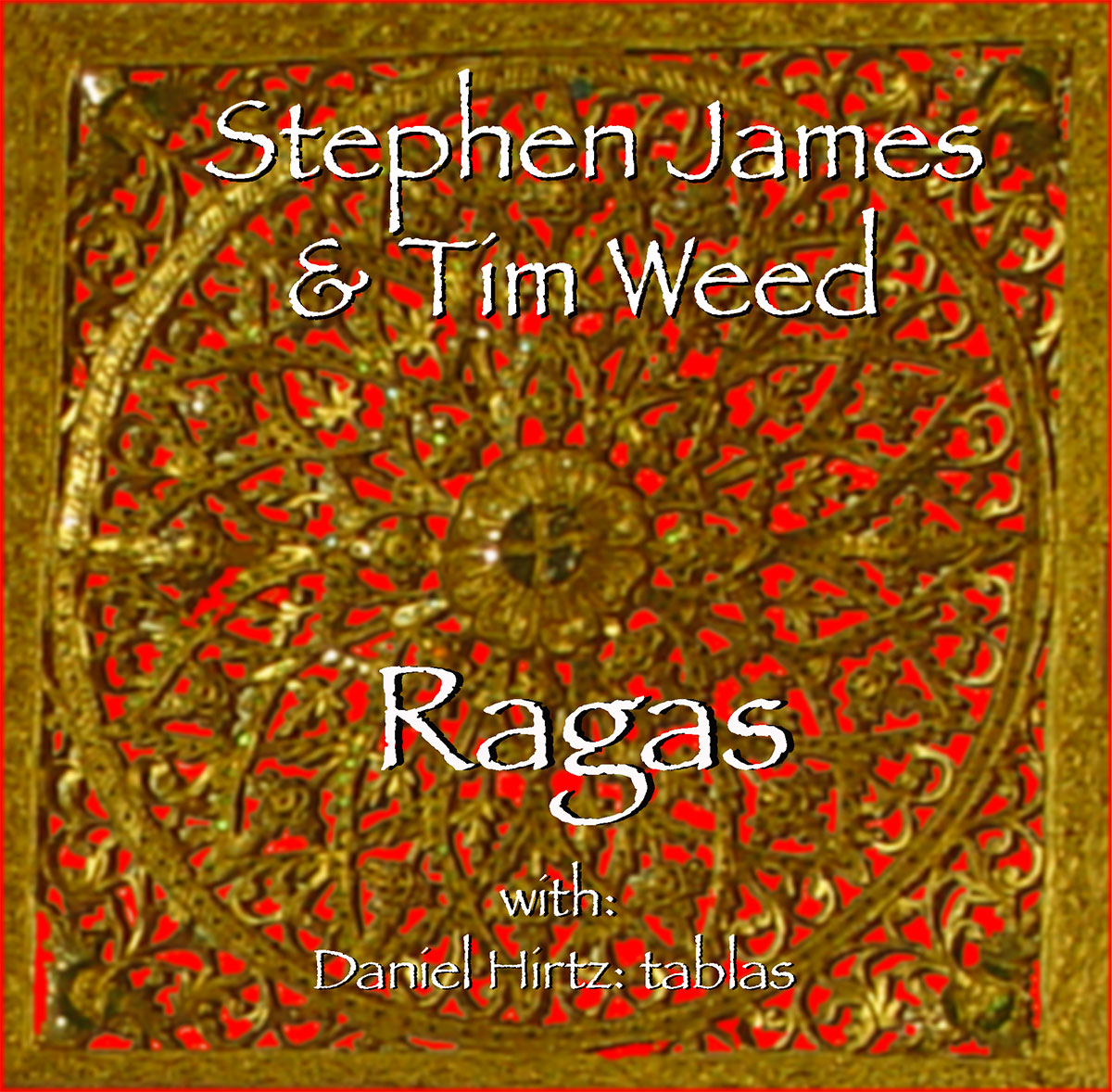 The late sarod master and violinist Stephen James was Ravi Shankar’s top Western student from 1983 to 2005. This CD is an East-meets-West collaboration with Tim Weed on banjo and Daniel Hirtz on tablas. 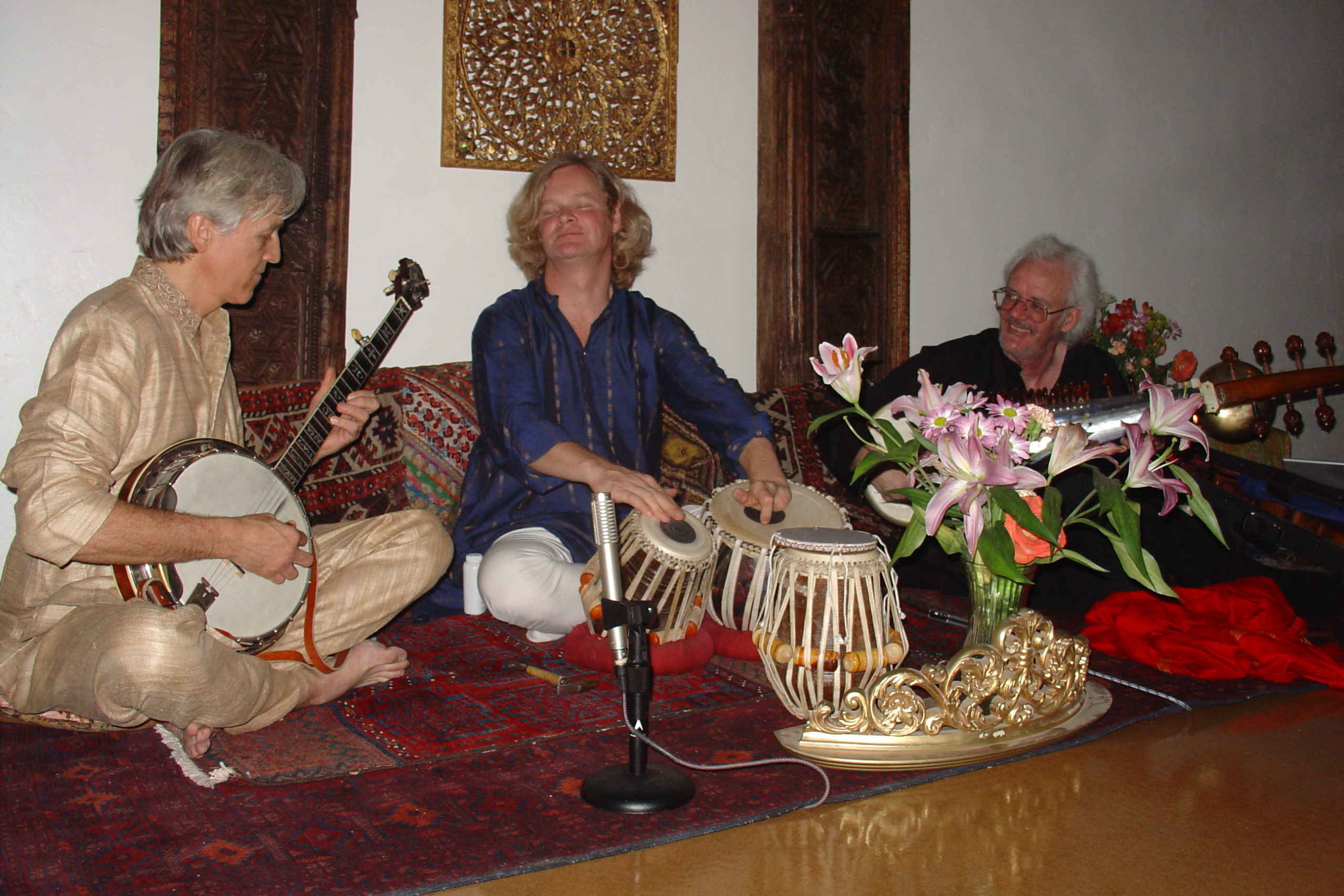 The sarod is a traditional 25-string fretless Indian instrument related to the sitar and oud. It was called “the most beautiful and most difficult instrument in the world” by violinist Yehudi Menuhin.

Called “the best western sarod player” by Ravi Shankar and Ali Akbar Khan, Stephen James was a New York native who lived in India and Europe for over 30 years. He began his studies with Vasant Rai in the early 70’s, and was a senior student of the legendary Ravi Shankar since 1983.

After hearing Tim Weed’s Indian-inspired composition “Lama,” James contacted Tim and invited him to perform it as a duet in James’s upcoming concert. They were both excited to explore the common ground of the sarod and banjo. The instruments share several features – for instance, a skin soundboard and extra drone strings that terminate at the tuning pegs on the side of the neck.

That first meeting of Stephen and Tim was captured on this recording in 2005, and “Lama Variations” appears as an almost 15-minute improvisational journey and the ensuing “Raga Vassar” was created extemporaneously onstage. Their musical dialogue is both eloquent and, at times, recklessly thrilling. The cultural and sonic blend is beautiful and exciting. This audiophile recording captures the beautifully rich and dynamic sound of these instruments as well as the spontaneous and spirited nature of this music.

Stephen James passed away in 2005, leaving a legacy of masterful sarod music. This CD was among his favorite recordings, and it was the last recording he made.